The Company
At the Intersection of Art, Technology, and You
Memetic Arts, Inc. is a digital media publisher and app development company based in New York City. Founded by Richard Rodkin in 2003 as a web consultancy, the company now produces innovative web-based and mobile apps focused on the fusion of bleeding-edge technology with electronic / digital art. The product line ranges from HTML5-based generative art such as WaveMaker to mobile apps like U-GRUVE, an interactive music visualization system that applies video game mechanics to multimedia performance. As a publisher, Memetic Arts is cultivating a roster of innovative and forward-thinking visualists, composers, musicians and creative coders through Studio-M, which will serve as a content source for the company’s various apps and services. The studio is also designed to benefit its members by providing a revenue stream as well as networking and performance opportunities.
The Mission
Better Living Through Digital Art
Memetic Arts’ mission is three-fold: Everything we do is driven by these three directives, and fueled by our passion, commitment, and determination to enrich our customers and our communities through art and technology.
The Team
Deep Expertise, Broad Experience 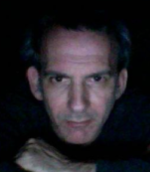 Mr. Rodkin started Memetic Arts to fulfill his pursuit of bringing visual music into the realm of popular culture. A lifelong musician, composer, and artist, Rodkin first began serious work on developing a visual music platform in the early ’90s, while working in the then emerging Virtual Reality industry. The rise of the Web revealed a propensity for coding and information architecture, launching an 18-year career in the User Experience field, where he’s built a reputation as an expert in Front-end Web technologies, Interaction Design, Information Architecture, and Data Visualization. After building the World Economic Forum’s first web site (1996), Mr. Rodkin moved on to become a Creative Lead at Viant Corp., and then a VP on User Experience teams at Bank of America, Citi Smith Barney, and Morgan Stanley. While the time spent in the corporate sector has enabled Mr. Rodkin to finely tune his management skills, his passion for technology-driven music and visual arts has made Memetic Arts an inevitability rather than just a dream. Mr. Rodkin holds a Bachelor of Music in Theory and Composition from the University of Cincinnati College Conservatory of Music. 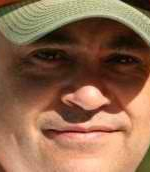 Advisory Board - Legal and Licensing

Mr. Alvarez is a 26-year veteran of the Music Business, and brings a remarkable scope of knowledge in matters of Entertainment Law, Publishing, and Intellectual Property. He served as Director of Latin Membership for ASCAP from 1992-96 and as Senior Vice President, Latin America for Universal Music Publishing Group from 1996-2006. After leaving Universal, Mr. Alvarez started his current venture, CdA Group, a full-service entertainment company and recording studio based in Miami Beach. In addition to two degrees from New York University, which include an Associate in Arts and Sciences and a Bachelor of Science in Finance, Accounting and International Business, Mr. Alvarez also earned a Juris Doctor degree from the Benjamin N. Cardozo School of Law.

Advisory Board - Technology and Infrastructure

Mr. Arias has been a digital entrepreneur at the confluence of media and technology for more than 20 years. He is currently an IT strategy advisor to Fortune 100 companies and is a mentor at the NYU Berkley Center for Entrepreneurial Studies. As co-founder of Tokenzone, he pioneered the concept of virtual goods, and launched major online campaigns for Disney ("Little Mermaid"), Warner Bros. ("Harry Potter") and Universal, to name a few. Mr. Arias is an Electrical Engineer and holds an MBA from the NYU Stern School of Business. 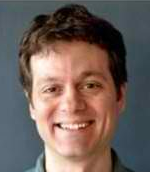 Mr. Schloss honed his management and client relationship skills while leading teams at major consultancies over the past 25 years, including Booz, Allen & Hamilton, Viant Corp., and Method Inc. He's served as Director of National Sales at MetLife, and was SVP of Operations and Finance at Code & Theory. Mr. Schloss has led engagements for such top-tier clients as Atlantic Records, FoxSports, and Comcast, with work on an iPad app for Showtime garnering Webby (Integrated Mobile Experience) and W3 ('Best in Show') awards in 2012. Mr. Schloss holds a Bachelor of Arts from the Rensselaer Polytechnic Institute and an MBA from the NYU Stern School of Business.
We’re Everywhere