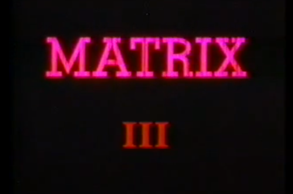 This is an initial iteration of an effort to bring “Matrix III” (1972), an experimental animation short created by John Whitney, into an interactive context. At this point it consists only of the elements from the first “scene” (just after the title sequence, from 1:00 to 1:42), in which four groups of six circles are animated on a circuitous path at varying speeds and directions.

This project is largely an exploratory mission through which we’ll glean a set of visual routines for u-gruve; whether it survives as an independent app is “TBD”, as they say. 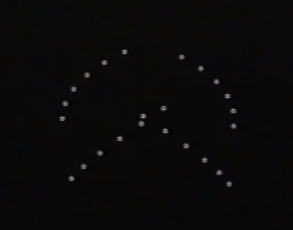 If you are unfamiliar with it, please first have a look at the original animation. That it continues to garner views and accolades is a testament to its originality, intellectual / emotional appeal, and significance in the history of computer graphics.

Also, please note that this version does not contain any music or sound . . . all in good time . . .

Since we are in development / testing mode, interaction is currently limited to keyboard control. Admittedly, it’s a bit wonky, so please read the Usage Notes.

To begin, click in the viewing area below and hit the spacebar on your keyboard. If you are seeing a “Get Unity Web Player” button, then you need to get the Unity plug-in in order to view the app. Click the button and follow the instructions.