This series was produced as we were first integrating the SuperFormula into our code. The SuperFormula is an equation that can be thought of as an extension of the basic polar equations on which Whitney’s visual system was based. The key difference is that the SuperFormula can be used to generate a much wider and more complex range of shapes.

We were comparing our results against those acheived through Christopher Viau’s D3.js Super Formula Explorer, which produces monochromatic SVG renderings.

After successfully creating a basic set of “typical” superformula shapes, we began pushing the parameters into atypical combinations, and were stunned by the results: SuperFlowers! This must be what Gielis was referring to when he said that the SuperFormula “can be used to describe many complex shapes and curves that are found in nature.” Indeed!

If you like these images, be sure to check out the full-color series, as well as the points-only series. Amazing stuff! 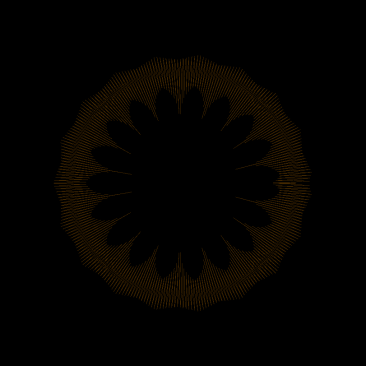 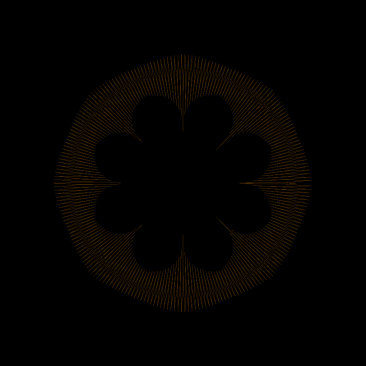 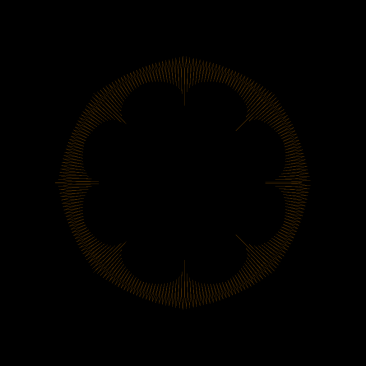 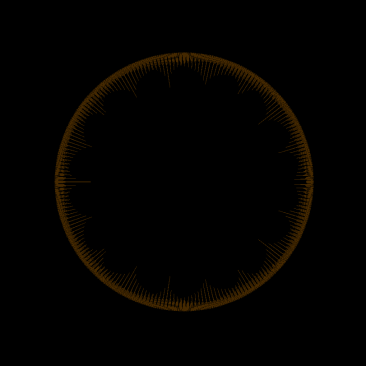 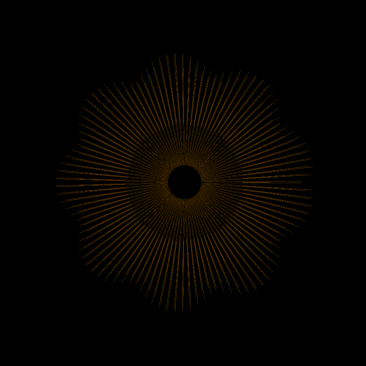 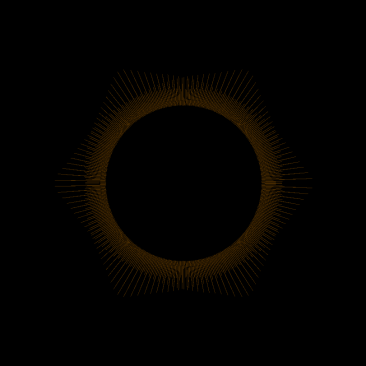 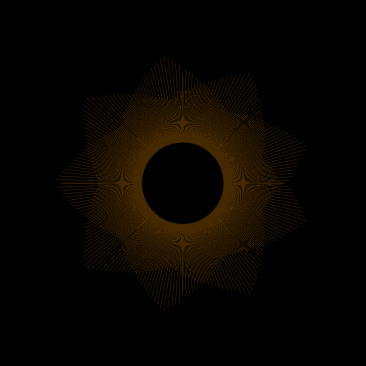 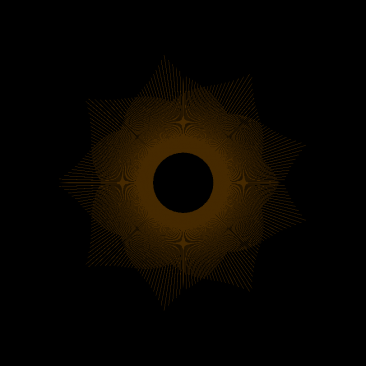 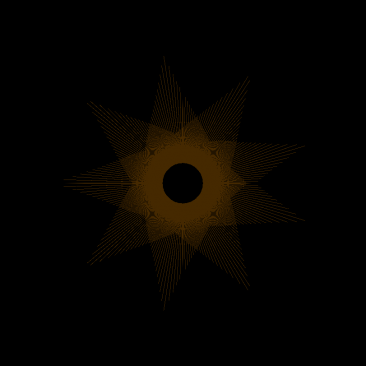 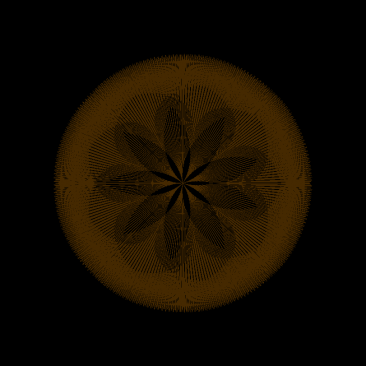 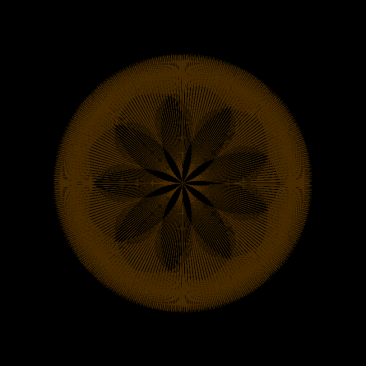 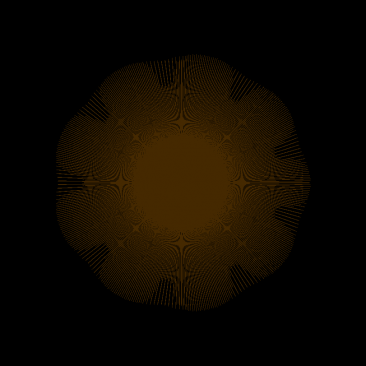 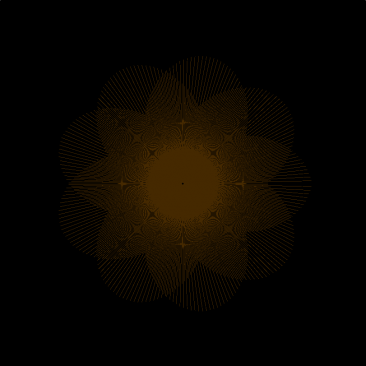 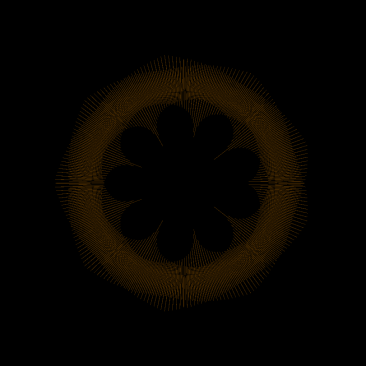